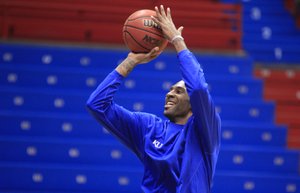 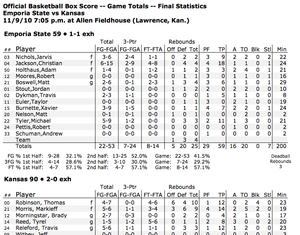 “I told the team I wanted to do the rehab here,” said Kaun, who averaged 9.1 points off 71.3 percent shooting with 4.6 rebounds in 21 Euroleague games last season. He also was starting center for Russia’s national team at the world championships.

“It’s something that started (to bother him) during the last month of the regular season. I played on it, and it turned into a chronic situation. I tried to rehab it three times and got some different medical opinions and had surgery.

“I’ll be back in January,” he added of a season that lasts until June.

Kaun recently had his contract extended through the 2011-12 season. However, the contract has a buyout, so there’s a chance he could play for the team with his draft rights, the Cleveland Cavaliers, next season.

“I’ll recover from this, play the rest of the season and look at all options. It is something every player dreams about, competing with the best of the best,” he added of the NBA. “It’s something I may want to do eventually. We’ll make the best decision possible.”

Kaun — he and his wife live in Kansas City, Mo. — plans to attend several KU games during his rehab.

“It’s great to be back and to see the guys. I think about our championship season a lot. It was a great experience, something to remember forever,” added the hero of KU’s Elite Eight victory over Davidson.

“We’ve talked about that game. He’s said some things about it,” Kaun added, with a smile, referring to talks with coach Bill Self.

Sasha - What a great ambassador of KU basketball.

No Kaun, we don't win the elite 8 game against Davidson. Sasha was huge that game... He'll always be one of my favorite players and he is a great ambassador for Kansas Basketball

He's saying that without Kaun we wouldn't have won.

Thanks, now I see what he was meaning.

I was a self-admitting Sasha hater....but ever since that Davidson game where he more or less kept us in it/won it for us I have never said and will never say a bad thing about the guy. We don't have a NC in 08 without him.

Some of the fans Sasha is going up against... makes us and the cameron crazies look like chumps.