For more information on Brooke, click here to check out her Web site. 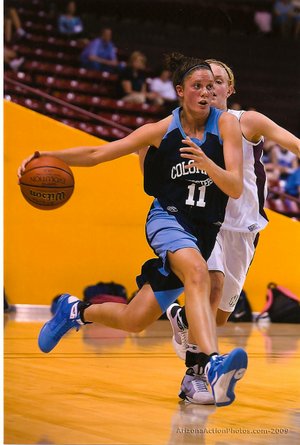 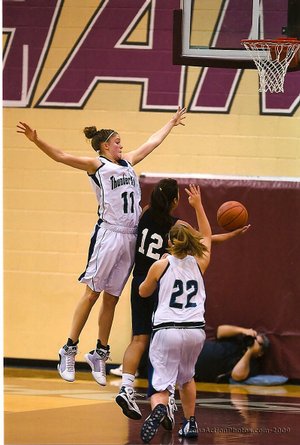 When Jelniker first called Henrickson to give her the good news, the KU coach picked up her phone at a Nordstrom store.

“I kind of interrupted her shopping,” Jelniker said with a laugh, “but I hope it was in a good way.”

Judging from her reaction on the phone, Henrickson didn’t seem too upset.

Jelniker said the coach screamed out her satisfaction, including a quick “Kansas Jayhawks” yell in the middle of the store.

Based on Jelniker’s rankings alone, Henrickson has reason to be excited.

Jelniker, who averaged 14 points, six rebounds, two blocks and two steals per game last season as a junior in high school, is ranked the 19th-best wing in the class of 2010 by ESPN HoopGurlz. Last year, she also was ranked the 37th-best player in her class by recruiting analyst Greg Swaim on his Web site, Gregswaim.com.

Henrickson had been recruiting Jelniker since her sophomore year of high school.

“I knew that tradition that KU had as a program in general,” Jelniker said, “and just was excited because I knew (Henrickson) was building up the program.”

Jelniker made three trips to Lawrence: one for an unofficial visit, one for a KU basketball camp and one last week for her official visit.

“I love campus, because everything’s kind of centralized,” Jelniker said. “The whole team was great. I loved the team the whole time I was there. I actually stayed with Nicollette (Smith), one of the girls on the team, and they were all really inviting and really friendly.

“I just felt like when I got on campus for the third time on my official visit, I was kind of like, ‘This is it.’”

Jelniker, who will most likely play on the wing for KU, was happy to get the chance to work with KU’s Danielle McCray during her time at KU camp.

“I just look up to her a lot and hope that I can be even close to the player that she is,” Jelniker said. “She’s going to have a really great season ahead of her.”

One of Jelniker’s greatest strengths is going to the glass, as she has a 6-foot, 4-inch wingspan.

Jelniker also has the ability to hit shots from the outside. Bill Bradley, Jelniker’s high school coach, said one of his favorite memories came when she was in eighth grade during a summer team camp.

“We just shoved her on the floor, and she immediately caught a pass and hit a three at the buzzer and won the game,” Bradley said. “That’s just typical of Brooke. She’s a competitor.”

Jelniker’s commitment is the fourth for Henrickson in the class of 2010. KU also has received oral commitments from CeCe Harper, a 5-foot-9 senior point guard from San Antonio’s James Madison High; Diara Moore, a 5-9 senior combo guard from Cedar Hill High; and Keena Mays, a 5-8 combo guard from Mansfield Timberview High in Arlington.

Bradley said he had been impressed by the work of Henrickson and her staff.

“I will say that they’ve worked as hard as any coaches around trying to get our kids,” Bradley said. “… I’ve been at this school for seven years, and I think Kansas’ were the first coaches that were on campus the first time I got here.”

This is great news. Bonnie is doing a great job recruiting. Can't wait for the season to start!

Welcome. Can you guys find a better word for the haeadlines than "taps"???

Holy hell KUsports just had a great article! Thanks!

Bonnie is getting there!

Welcome, welcome Brooke, what good news. Hope the Volleyballers don't call out the hoopsters to fist fight during her tenure.....gez, the little roosters from the fut-bohl and mens hoops are acting like ten year olds. Brookes' 6' 1" frame, with a 6' 4" wingspan, should make for a special ball stealer from the wing/2 position in Bonnie's defense, but of course that is next year. This year should be special too. RCJGKU

Thanks for the good news. Rock Chalk!

@Clydecito : if anyone is gonna throw down with the women's hoops team, it'd be the soccer team ...

This is fantastic news ... Lew Perkins' decision to extend Coach's contract is obviously paying dividends on the recruiting trail.

Gonna be a special season for Kansas - let's hope the men's hoops team doesn't F things up for everyone else!

sevenyearhawk your one of the better posters on here. The MBB isn't "fckin" things up....