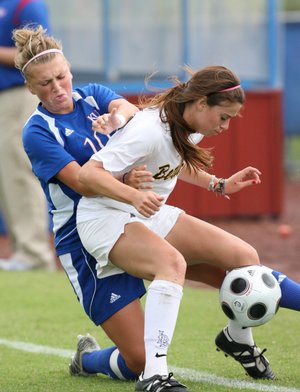 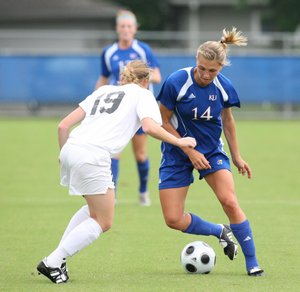 KU soccer continued its hot streak with a 3-1 victory against Long Beach State.

KU scored in the eighth minute on a free kick by Dolinsky to the far post. Nearly 20 minutes later, Caitlin Noble passed to Cressy in the middle of the box. Cressy used her head to direct in her second goal of the season. KU built a 3-0 lead just before halftime as Dolinsky passed to Berry, who outraced the LBSU defense for her second goal of the season.

Goalkeeper Kat Liebetrau made four saves, including three in the second half. KU held a 13-12 edge in shots. Cressy had six shots, including four on net. Dolinsky chipped in with three shots.

“As a team, I think we came out on fire,” Dolinsky said. “In the second half, we definitely needed to pick it up. We slowed down and played with a 3-0 comfortable lead. I think as a team we need to play both halves of the game.”