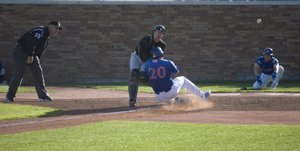 It's been since their world series trip that I've watched a ku baseball game on TV. I can't wait! Kansas St. sucks! Rock Chalk Jayhawk!

Thanks for the heads-up, mvjayhawk.

me too - gonna watch tonight. apologies for being band wagon.