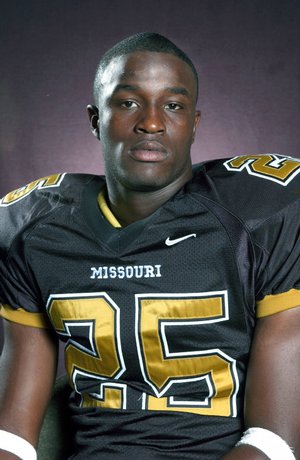 AP Photo/University of Missouri via The Daily Tribune

This 2004 file photo provided by the University of Missouri shows Missouri linebacker Aaron O'Neal, who died July 12, 2005, after collapsing during a voluntary workout with teammates at the university in Columbia, Mo. The university has reached a settlement in a wrongful-death lawsuit filed by O'Neal's family. A Boone County judge still must approve the undisclosed settlement, referred to in court records filed this week in the lawsuit over the death of Aaron O'Neal.

Columbia, Mo. — The University of Missouri has reached a settlement in a wrongful-death lawsuit filed by the family of a former reserve linebacker who collapsed on the field during a 2005 preseason workout.

A Boone County judge still must approve the undisclosed settlement, referred to in court records filed this week in the lawsuit over the death of Aaron O’Neal. James Bartimus, a lawyer for O’Neal’s mother, Deborah O’Neal, said he could not discuss the details until the court approves the agreement. A hearing is set for later this month.

“This obviously has been a tragic time in her life,” Bartimus said. “Fortunately we were able to bring the litigation to an end and get some degree of closure. We’re looking forward to putting this behind us.”

An athletic department spokesman and other university officials declined to discuss the settlement Tuesday, citing the upcoming hearing. O’Neal’s parents have consistently declined comment since his death.

O’Neal was a 19-year-old redshirt freshman from suburban St. Louis who collapsed on the Memorial Stadium field during a voluntary workout in July 2005. He died less than two hours later.

The lawsuit alleged that school employees failed to take medical precautions required by O’Neal’s carrying of the sickle cell trait. The hereditary condition has been linked to heat stroke and exercise-induced collapse.

The way Pinkel kept the memory of Aaron O'Neal alive within the MU program over the past 3 and a half years has been remarkable. He's a classy man.