Ticket Marketplace to be offered online 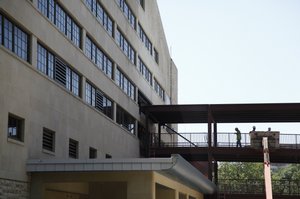 Kansas University basketball ticket holders will be able to scalp their seats to individual games with the blessing of the athletic department this season.

Williams Fund members — who wish to net more than face value — can attempt to do so in 2009-10 at “Jayhawk Ticket Marketplace” on the school’s Web site — kuathletics.com.

The procedure is similar to that of Web sites such as Stubhub.com, in which ticket-holders set their own price for resale of their tickets.

“It’s a service for our ticket-holders,” said KU associate athletic director Jim Marchiony. “We understand there are games that our ticket-holders can’t get to, and it’s a way for them to recover some of the cost of tickets.”

Marchiony says KU officials realize “there is a secondary market out there, and season-ticket-holders sometimes can’t go to all the games.”

Hence the department has decided to partner with fans who in the past probably have used Ebay or Stubhub or various other resale sites.

“By doing it with Ticket Marketplace,” Marchiony said, “you are not only encouraging people to join the Williams Fund (for a minimum of $100 per school year), but when somebody buys a ticket, there is an automatic contribution to the Williams Fund (surcharge).

“The other part of it is Kansas athletics is guaranteeing the security and the validity of the whole process. If a ticket is up there on Jayhawk Ticket Marketplace, you can be assured nothing will go wrong and we’ll make good on availability of the ticket. It’s a no-worry process for the purchaser.”

KU in the past had a ticket resale program, but it was capped at face value, sending some to Web sites where they could scalp the tickets.

“This year we decided to let the ticket holder decide what the ticket is worth,” Marchiony said.

• More on renovations: Workers continue to make progress on Allen Fieldhouse renovations, which should be completed by the Oct. 16 Late Night in the Phog.

The latest upgrades to the fieldhouse are part of a $38 million package of work that also includes Parrott Athletic Center, Wagnon Student Athlete Center, Horejsi Center as well as a new basketball practice facility going up adjacent to the fieldhouse.

“Fans will definitely notice a huge difference. We are completely renovating the lower concourse, which will make it wider and make access and egress a lot easier,” Marchiony said. “The concession stands will be more fan friendly. We have a double deck bridge that will make exiting the facility a whole lot easier to the parking garage. We’re expanding the Hall of Athletics. Along the West wall where the men’s and women’s locker rooms are we’ll be doing some neat things regarding the history of Kansas basketball. People will love it.”

New Terrazzo floors, similar to those in the Booth Hall, also are being put down throughout the fieldhouse.

Also, the men’s and women’s locker rooms and visiting team’s locker room are being expanded and upgraded; the old track office is being turned into a media room; restrooms are being upgraded and donor lounges added. Donors will be able to use the lounges before and after games and at halftime. They are being constructed on the west side of Allen, between Parrott Athletic Center and Allen.

Donor lounges sound nice. I wonder if you have to be a large donor, or simply donate the bare minimum? This could lead to some pretty crowded lounges since every season ticket holder is a "donor".

I think you know the answer to your question.

RCG ... whoever gets into the lounge, there will probably be a 20% surcharge. Now, the whole ban on gameday parking lot scalping come into clearer focus. Another way to grab bucks.

Maybe I'm in the minority but I am so glad that the white guy who stands on the corner and employs all of the African-American's will no longer profit from overpriced tickets to basketball games. I can't tell you the number of times that he was holding 50 tickets to a sold-out game and I always wondered what "insider" was helping him acquire the tickets. Seems like a great idea to let KU profit from the scalping.

Time to get a real job, Mr. Scalper Man. Lew has taken your LAwrence privileges away like Marcellus Wallace did to Butch in Pulp Fiction.

I understand your cynicism, KUbsee, and there's certainly an element of profit-grabbing in this, especially with the ridiculous 20% surcharge. On the other hand, it's nice to see KU finally bowing to reality and not attempting to confiscate tickets that were being sold, like they were threatening to do a few years ago. And Marchioni does make good points about the security and reliability of the tickets -- that's worth at least a little extra. So I'm glad they're doing this. It's also not the worst thing in the world to know that when you're buing a ticket, you're contributing to the Williams Fund, to help keep KU competitive.

BTW, pekka, I wouldn't get too excited just yet. I could still see scalpers finding a way to get tickets and sell them at the arena. There's virtually nothing that stops the professional scalpers from getting their share of tickets. Of course that also has its positive side, knowing that you can usually find tickets to a game at the last minute if you're willing to pay enough for them.

Wash my mouth out with soap; I obviously meant the "fieldhouse," not the "arena."

What FEW tickets on kuathletics will be gone in 0.1 seconds to the scalpers. I'm all for stubhub or ebay or scalping... let the market decide the price for the OWNER of that ticket. I'd like to come to a game from Colorado and have no chance at a ticket otherwise.
What exactly are the rules for scalping tickets at Allen? I know it's against campus law, right? Are there certain areas it's legal?
Back when I lived in KC, there was ACE sports in the mall that charged outrageous prices with a sleazeball in charge.

Anybody reading this had experience buying tickets outside Allen? Thanks!!

"Scalping" is legal in Kansas. The ban was a KU campus thing. Yes, ACE Sports outlets can and do sell KU BB tickets for any price.

If the price is too high, nobody is forced to buy from a scalper. But, often, you could get "extra" tickets on the grounds for face value, or less. I've even received them for free in the parking lot from folks that had extras. Actually, I've even given extras away myself. However, with the "scalping" ban, that, too, is now forbidden.

I own Denver Broncos, Avalanche, and CU Buffalo season tickets. I regularly sell extras on Ebay. I also buy many tickets to many events on Ebay. NO ONE i know has ever had problems. Exactly, this 'security' issue is just a scapegoat so KU can make extra $$ on tickets they've already sold once. I'm a KU athletics alum and a huge fan, but they're getting GREEDY!!

I wonder what other top basketball programs do? I've also always wanted to see a comparison chart w/ other top basketball programs as to which seats the students get. I'm all for the current students getting the best and having the times of their lives. KU athletics complains about the funding for scholarships.... I'm sorry, how much in TV rights did they make last year?

So it's against KU Campus law to scalp... so I've heard that people scalp on the edge of campus, right? By Naismith towers?? Thanks!

For years you have been able to get tickets at the fieldhouse on the sidewalk for a price. I have found that that price decreases sharply as tipoff looms near. I once got 3rd row for LESS than face value because they had just tipped. The scalpers start to panic then and need to unload. My experience is that the prices are not that outrageous unless it is one of the big big games. Last year you could still get tickets on the property.

Thanks wannabe.... which side of the fieldhouse do you recommend?