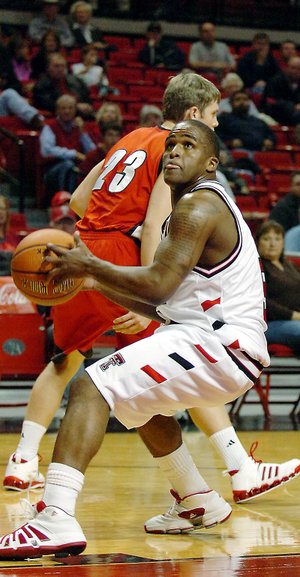 Lubbock, Texas — Jarrius Jackson led Texas Tech with 22 points as the Red Raiders beat Gardner-Webb, 86-74, in the first round of the College Basketball Experience Classic on Monday night.

Texas Tech (2-0) held the lead throughout after jumping out 13-0 to start.

Martin Zeno had 19 points, and Esmir Rizvic notched 17 in his first start.

Gardner-Webb (0-1) tried to keep it close in the first half, including a 16-8 run that pulled the Runnin' Bulldogs within four points.

It hit 11 of its first 16 shots to open the second half, extending the lead to 61-48 with more than nine minutes to go.

Gardner-Webb never got closer than eight points the rest of the way.

It was win No. 871 for veteran Texas Tech coach Bob Knight, who is now five wins shy of passing Adolph Rupp for second place in all-time coaching victories.

He needs nine more to surpass Dean Smith for the most victories as a coach in NCAA history.