Knowing the possibility his fabulous senior year gave him, former Kansas University closer Don Czyz had the Internet stream of the Major League Baseball draft playing in his living room Tuesday, when he heard the name called.

"No phone call or anything from the Marlins scout," Czyz said. "But it just worked out like that."

Without warning, Czyz was selected by the Florida Marlins in the seventh round of the draft Tuesday, and several of his former teammates soon followed. Left-handed pitcher Sean Land, a junior, went in the ninth round to the Minnesota Twins, outfielder Gus Milner went in the 14th round to the Philadelphia Phillies, and shortstop Ritchie Price went to the New York Mets in the 18th round. 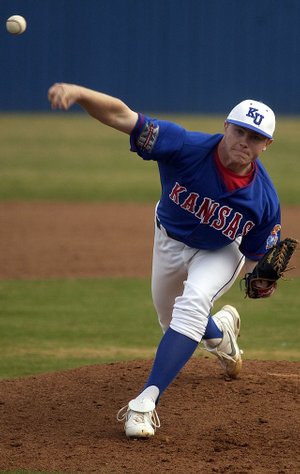 Out of eligibility, Czyz, Milner and Price are expected to seize the opportunity given to them Tuesday and quickly enter the pro ranks. Price, the only middle infielder taken by the Mets so far, expects to join the single-A Brooklyn Cyclones after signing.

Land, meanwhile, has the option of returning to KU - which will give him leverage in negotiations. But he said staying in school isn't something he anticipates doing.

"I'm going to sign probably," Land said. "Chances are I won't be back next year."

Tuesday's news was icing on the cake for the Jayhawks, who had an extraordinary stretch the last two weeks including a Big 12 tournament championship, reaching the 40-victory plateau and advancing to the NCAA Tournament for the first time in 12 years. 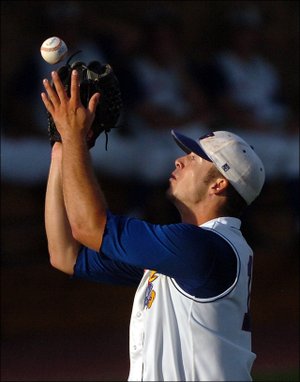 It especially was rewarding for Czyz, who emerged as a legitimate major-league prospect after a long, windy road of development coming out of Blue Valley High. A marginal Division-I talent at best four years ago, Czyz finished his senior season with a 6-0 record, a 1.56 ERA and 19 saves in 19 chances. It earned him All-America honors and a nice professional opportunity to boot.

"He was slotted to go somewhere between (rounds) four and seven," KU coach Ritch Price said. "The Florida Marlins got a huge bargain. When you're a senior, you don't have as much bargaining power as a junior has, so they got themselves a tremendous player for the money they're going to have to pay for that round."

Czyz projects to remain a reliever in the pro ranks, and Land probably will convert to one, too. As a junior, Land went 5-7 as a starter, and scouts are intrigued by his 6-foot-5 frame, high-velocity fastball and the fact that he throws left-handed. 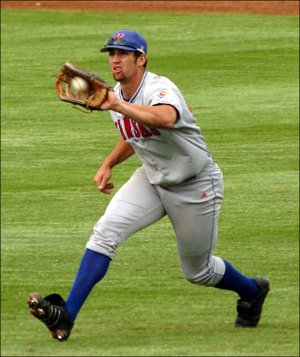 Price guesses up to three more of his players could get picked up by the end of the 50-round draft, including right-handed pitcher Kodiak Quick and infielder Jared Schweitzer.

The draft will conclude today beginning with round 19. 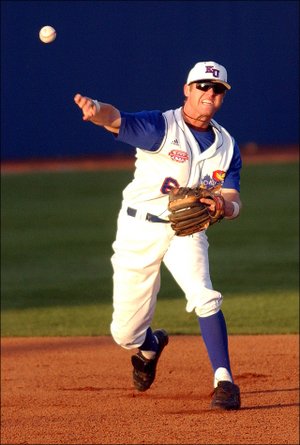 Corley, a 6-5 right-hander, left Kansas after his freshman season and played a year at South Mountain Community College in Phoenix. He went 1-2 with a 1.93 ERA this season.

¢ KU loses recruit: More big news - not so positive - came out recently, when KU signee Aaron Breit chose to ink with the San Diego Padres instead of attending Kansas.

Breit actually was drafted by San Diego in the 12th round last year out of Garden City Community College, but didn't come to terms until right before the deadline last week.

"They signed him on the final day," Price said. "That's a devastating loss for us. We projected him to be our Friday night starter, and now I've got to go out and beat those bushes and see if I can recover from that over the summer."