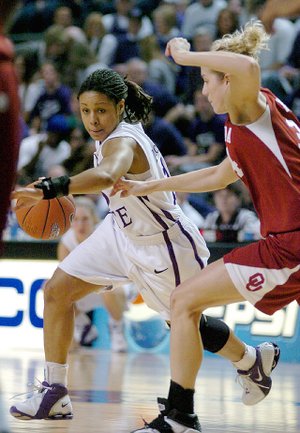 Manhattan — Sherri Coale doesn't mind the talk about whether her team can go through the Big 12 Conference season undefeated.

With No. 9 Oklahoma already guaranteed the regular-season championship and the No. 1 seed in the conference tournament, the coach said going for a 16-0 league record was the only remaining incentive to keep playing hard.

"I'm really glad that we have this carrot of going undefeated, to dangle out there in front of them to keep them directed and going after a prize," Coale said after Oklahoma used a late 16-4 run to beat Kansas State, 78-64, on Tuesday. "It's like a good hunting dog - they need something to chase."