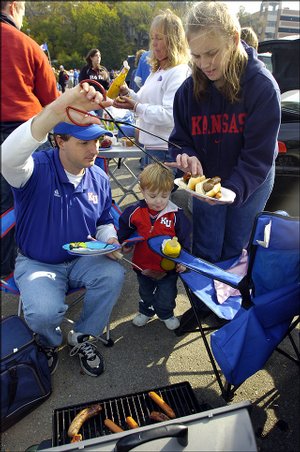 "If you contain No. 16, then there's going to be a lot of decision-making, weighing on his shoulders," said KU lineman Charlton Keith. "He's the key to (Missouri's) offense."