Don Fambrough's strong leg is back for an encore.

The Kansas University football team's link to the good old days plans to limber up his leg and kick extra points once again for his squad at today's alumni game.

Kickoff will be at 1 p.m. at Memorial Stadium, preceding the 3 p.m. spring game for current Jayhawk players.

"We might have to put a little extra helium in the ball," quipped Clint Bowen, a KU assistant who helped organize the event.

Fambrough, who played for KU in 1946 and 1947 and later coached the Jayhawks for eight seasons in the '70s and '80s, apparently isn't fazed by Father Time. While most of the visiting old-timers from the '40s, '50s and '60s will attend for festivities instead of gridiron glory, the fiery Fambrough still has every bone in his body infected with competitiveness.

"Some of them won't play because they think they're too old," Fambrough said. "But not me."

Fambrough booted an extra point in last year's game and had a game-winning PAT blocked. But because the stuff was ruled illegal, Fambrough's boot counted, and his squad won, 14-13.

Today's game may or may not have the same drama, but the joy of seeing old friends and feeling close to KU is enough to make the alumni game a huge success. 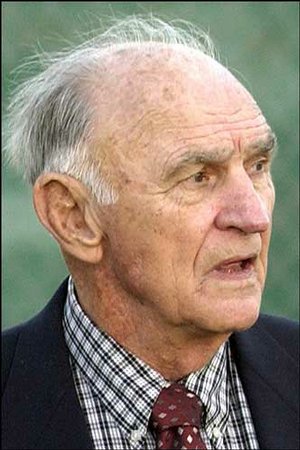 "Some of these people, this is the only time they get to come back," Fambrough said. "This is one of the greatest things we've done in a long time, to get the old-timers back and get them involved. They get excited about football, and they want to come back in the fall and see the games."

The squads will be captained by Don Davis and Dana Stubblefield, two players from KU's powerful defensive teams of the early '90s who have enjoyed solid NFL careers. Davis recently re-signed with the New England Patriots after helping them to their third Super Bowl championship in four years in January.

Several other players from the 1992 Aloha Bowl defense will be present, including Bowen, Gerald McBurrows and Chris Maumalanga.

"Those guys did a lot for this program," Bowen said. "It's going to be fun. I haven't seen Dana since probably about '92. He hasn't been around a lot. To get those guys to come back and all the ex-players to come back is special.

"It's nice to let our players see guys like that around, and to let them know that this is how they got their start."

Friday, the former players had a practice followed by a gathering at the Yacht Club. They'll meet at 11:45 a.m. today to warm up before the 1 p.m. kickoff.


That is, those who have been cleared to warm up. As timeless as Fambrough is, he's not invincible to the aches and pains that come with being 82 years old.

"I asked Carol (Jarosky, head football trainer), 'Do you think I should kick a few to get my leg in shape?'" Fambrough said. "She looked at me and said, 'I think you better save it all for the game.'"