Cliff Alexander started for the second time this season Tuesday night, but he was only the second-best freshman center in the game.

Column: KU playing with fire while shooting lights out

Nobody has to tell this season’s Kansas University basketball team to make itself comfortable. It needs no help with that. Make a few threes, build a double-digit lead, and let it amount to the equivalent of a little something to take the edge off the moment. Then the other team catches up, which is usually what happens when one team plays with a sense of urgency and the other does not. By Tom Keegan

The University of North Carolina will celebrate the life of former head basketball coach Dean Smith during a public memorial service at 2 p.m., Sunday, Feb. 22, in the Dean E. Smith Center, the school has announced.

’Hawks in the NBA expected at fieldhouse Saturday

Kansas University usually has some special guests in the Allen Fieldhouse stands for games on the Saturday of NBA All-Star weekend. It will be no different this Saturday when KU plays host to Baylor in a noon tip. By Gary Bedore 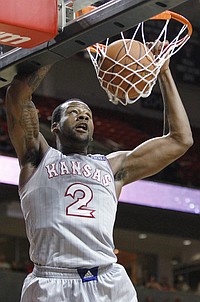 Images from Tuesday’s game between the Jayhawks and Red Raiders at United Supermarkets Arena in ...

Kansas University is one of many schools recruiting Edrice “Bam” Adebayo, a 6-10, 242-pound junior power forward from Northside High in Pinetown, North Carolina. 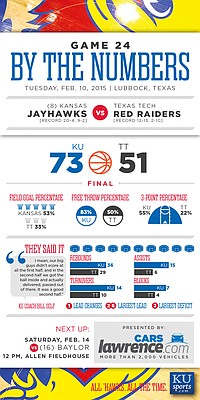