Kansas University senior forward Perry Ellis elected to not challenge Harvard’s Agunwa Okolie on a one-handed dunk early in Saturday’s 75-69 win over the Crimson in Allen Fieldhouse. The lack of resistance on the slam bothered KU coach Bill Self. By Gary Bedore 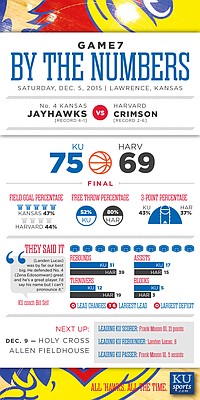 The alleged mystery surrounding Perry Ellis’ sluggish play isn’t all that mysterious. He’s a perfectionist and when perfectionists are burdened by imperfections beyond their control, it sometimes bothers them more than most. It changes their routine, eats at their focus. By Tom Keegan 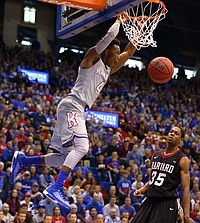